Six Lines of Flight, a new exhibition at the San Francisco Museum of Modern Art, probingly examines many of the underlying conflicts of modern life from the perspective of modern artist collectives based in six cities around the world. 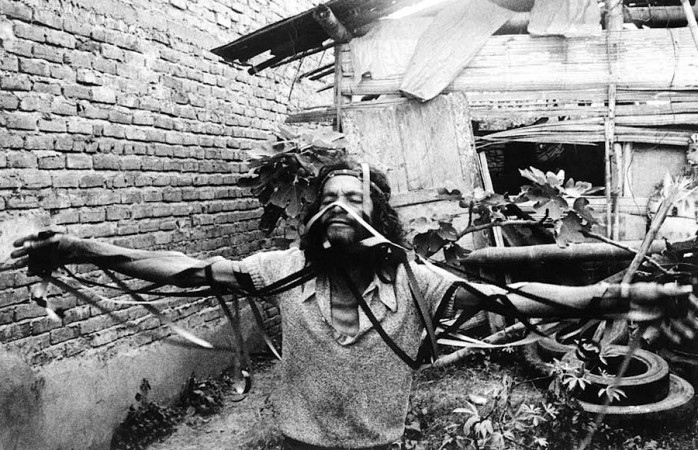 Subtitled “Shifting Geographies in Contemporary Art,” the new show is based on the premise that “contemporary art is no longer defined by a few primary cities but is instead shaped by an interconnected constellation of diverse communities,” a notion that decentralizes the artists perspective in a refreshing and interesting way and immediately broadens the scope of work to thoughtfully examine the pressing issues of our times. Rather than a pretentious, cerebral exhibit of skill or boundary pushing for its own sake, viewers of Six Lines of Flight are treated to creatively posed insight from the perspective of working modern artists from six cosmopolitan yet underrepresented cities in within the contemporary art landscape. Collectives of artists from Ho Chi Minh City, Cali, Colombia, and Tangier are among the six lines of flight featured in this exciting new exhibit that is thoroughly accessible to those who feel that discussions on contemporary art often leave out the rest of us. Bravo to SFMOMA for taking a chance on a refreshingly different kind of art show. Six Lines of Flight will be showing at the San Francisco Museum of Modern Art through December 31, 2012. The museum is located at 151 3rd Street, between Mission and Howard streets, in San Francisco. More information at http://www.sfmoma.org